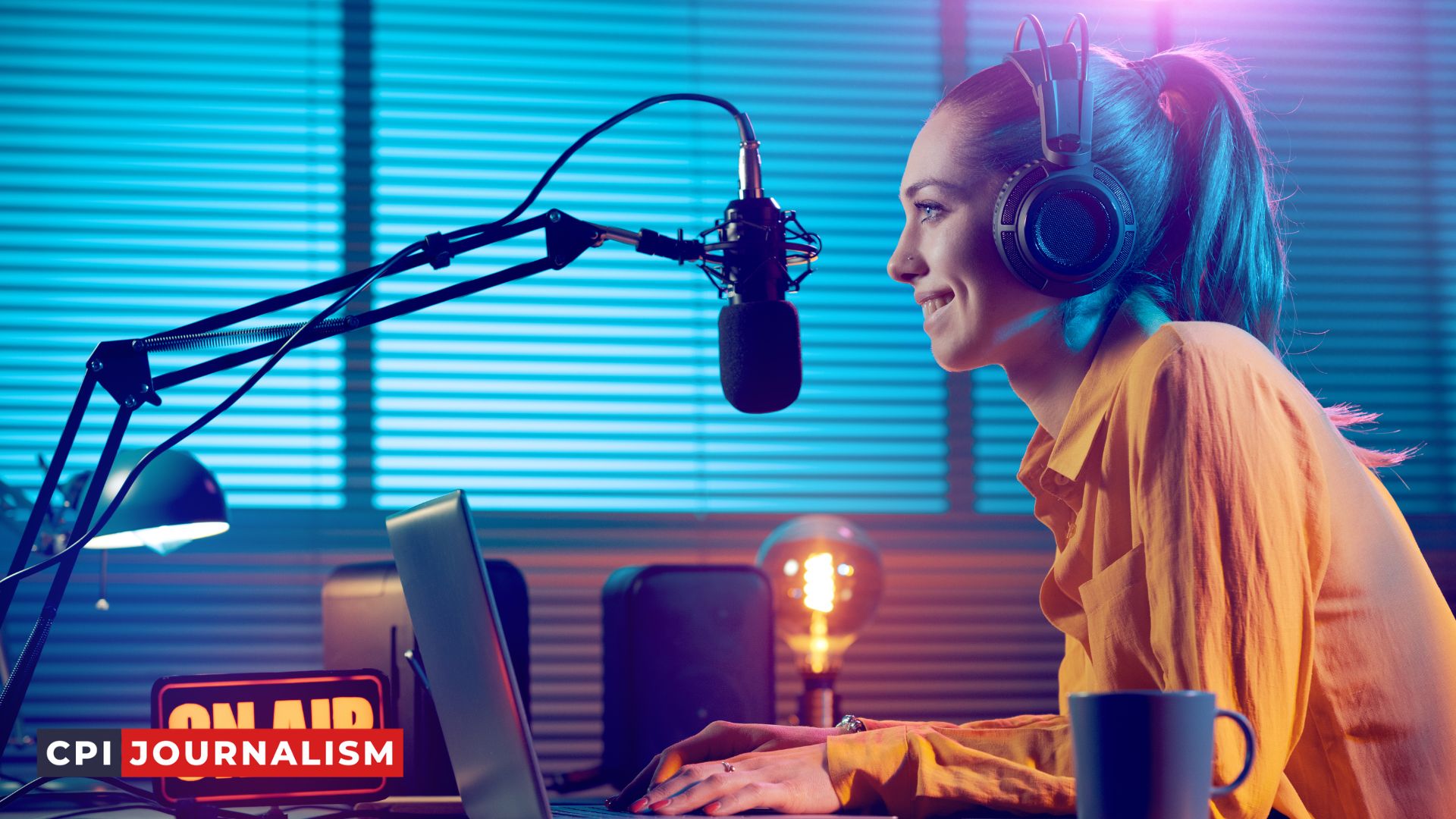 Radio broadcasting is an excellent way to get into journalism. In radio, you’ll experience the many challenges and joys of being a reporter without writing a word.

Radio broadcasters are the voice of the community, and they report on a wide range of topics.

In this post, you’ll learn the basics of radio broadcasting in journalism and explore how it can be a stepping-stone into a career in the media industry.

When it comes to electronic media, there are a few things that every journalist should know.

Here are some tips for getting started in radio broadcasting:

1. Understand the medium: Radio is a unique medium that allows listeners to hear your voice and picture you in their mind. This can be both a good and a bad thing. You need to be aware of how your voice sounds on the radio and how to project the right image.

2. Find your niche: There are all sorts of radio stations out there, so it’s important to find the one that’s right for you. If you’re passionate about a particular topic, there’s likely a radio station that covers that topic.

3. Learn the technical side: Radio broadcasting requires some technical skills, so it’s important to learn the basics. This includes things like how to operate a radio transmitter and how to edit audio.

4. Be Prepared: When you’re on the air, anything can happen. You need to be able to think on your feet and be prepared for anything.

5. Have fun: Radio broadcasting should be fun. If you’re not enjoying it, then it’s likely that your listeners won’t either. So find a way to have fun and enjoy what you’re doing.

Radio broadcasting in journalism is the process of using radio waves to transmit information from one place to another. This can be done either through the air, using radio waves, or through cables, using microwaves.

There are two main types of radio broadcasting: live and recorded. Live broadcasting is where the journalist speaks live on the radio, and the audience hears them in real-time.

Recorded broadcasting is where the journalist records their report beforehand, and then the radio station plays it back at a later time.

Radio broadcasting can be a very powerful tool for journalists, but it is also important to remember that it has its limitations. Radio waves can only travel so far, so journalists need to be within range of the radio station they are broadcasting to.

Additionally, radio waves can be interrupted by obstacles such as buildings or mountains, so it is important to choose a clear path for the radio waves to travel.

Another limitation of radio broadcasting is that it is a one-way communication tool, so the audience cannot interact with the journalist. This can be frustrating for listeners, as they may have questions or comments that they want to share.

Despite its limitations, radio broadcasting is a vital tool for journalists, and it can be used to great effect in both breaking news situations and in more general reporting.

Broadcasting is the distribution of audio or video content to a dispersed audience via any electronic mass communications medium, but typically one using the electromagnetic spectrum (radio waves), in a one-to-many model.

Broadcasting began with AM radio, which came into popular use around 1920 with the spread of vacuum tube radio transmitters and receivers.

A variant of DAB, digital radio mondiale (DRM), was developed in the late 1990s as a way to provide digital radio services in areas where AM broadcasting is not feasible due to technical limitations or interference from other services using the same frequency range.

Broadcasting can be divided into two main categories:

Radio broadcasting includes AM, FM, shortwave, and longwave radio, as well as digital audio radio services such as satellite radio and HD radio.

Broadcasting is a major force in the world today, providing news, entertainment, and educational programming to millions of people around the globe.

In many countries, broadcasting is regulated by government agencies, and there are a variety of different types of licenses and permits required to operate a broadcasting station.

Broadcasting is also a major industry, employing thousands of people in a variety of different occupations, from on-air talent to engineers to sales staff. If you’re interested in a career in broadcasting, there are a number of different paths you can take.

Radio performance is the process of creating and delivering a radio broadcast. This involves selecting and preparing the content, choosing the right format, and then delivering the broadcast in a way that is engaging and entertaining.

There are a few key things to keep in mind when it comes to radio performance. First, it is important to remember that radio is a visual medium. This means that your delivery should be clear and concise. It is also important to be aware of your audience and to tailor your delivery to them.

Finally, it is important to have a good understanding of the technical aspects of radio broadcasting. This includes things like microphone technique, sound mixing, and editing. By understanding these things, you will be able to create a radio broadcast that sounds great and is enjoyable to listen to.

Radio broadcasting in journalism is the process of transmitting audio content over the airwaves to listeners. This can be done either live or recorded. Broadcasting can be done using either AM or FM frequencies.

live broadcasting is when the audio is transmitted as it is being recorded. This is often done for news events or sports games.

recorded broadcasting is when the audio is recorded first, and then played back at a later time. This is often done for music programs or other entertainment shows.

AM broadcasting is the oldest form of radio broadcasting. It uses amplitude modulation to encode the audio signal onto an electromagnetic carrier wave.

FM broadcasting is a newer form of radio broadcasting. It uses frequency modulation to encode the audio signal onto an electromagnetic carrier wave.

Broadcast announcing is the art of speaking on the radio. announcers must be able to speak clearly and concisely. They must also be able to project their voice in a way that is pleasing to the ear.

Announcers must be able to tell a story and keep the listener engaged. They must also be able to read the news and deliver it in an interesting way.

Announcers must be able to ad-lib if there are technical problems. They must also be able to think on their feet and come up with interesting things to say.

Announcers must be able to work well under pressure. They must also be able to handle criticism and constructive feedback.

What is the purpose of Radio Broadcasting?

Broadcast journalism is all about disseminating news and information to the public via the radio. It is a highly specialised field that requires journalists to have excellent writing, reporting and production skills.

Broadcast journalism plays an important role in keeping the public informed about what is happening in their local community, as well as the wider world. It also provides a vital service in times of crisis, such as natural disasters or major breaking news events.

Radio journalists need to be able to tell a story in a concise and engaging way, whilst also being able to ad-lib and think on their feet. They must also be able to work well under pressure and to strict deadlines.

If you are thinking of a career in broadcast journalism, then you will need to be prepared to work long hours, often at unsociable times. It can be a demanding and challenging profession, but it is also hugely rewarding.

What is the role of a Radio Broadcaster?

Radio broadcaster plays an important role in journalism by providing a vital source of information for news stories. Radio reporters and editors rely on broadcasters to provide accurate and up-to-date information on a variety of topics, including politics, weather, sports, and breaking news.

Broadcasters also play an important role in telling the stories of communities and individuals who might otherwise be unheard. Radio journalism provides a unique and powerful platform for voices that might otherwise be ignored or marginalized.

Radio broadcasting is a vital part of the journalism landscape and plays an important role in informing and engaging the public.

What is an example of radio broadcast?

Another example of radio broadcasting is a pre-recorded show. This could be a music show, a comedy show, or anything else that is pre-recorded and then broadcasted at a later time.

This type of radio broadcasting is often used to reach a wider audience than would be possible with a live show.

Conclusion On What Is Radio Broadcasting In Journalism

Radio broadcasting in journalism is a vital tool for sharing information and stories with the public. As an experienced journalist, I believe that it is important for upcoming journalists to understand how to use this tool effectively in order to engage and inform their audience.

Radio broadcasting can be used to reach a wide audience, and it is a powerful tool for sharing the news.